Government and the law in Australia 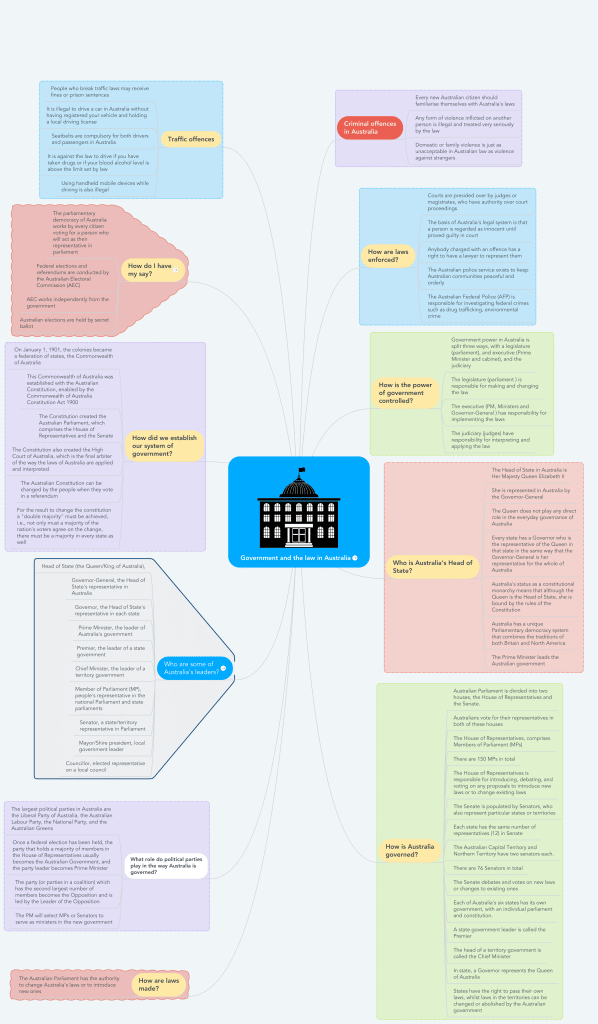 1.1         The parliamentary democracy of Australia works by every citizen voting for a person who will act as their representative in parliament

1.2         Federal elections and referendums are conducted by the Australian Electoral Commission (AEC)

2.3         The Constitution created the Australian Parliament, which comprises the House of Representatives and the Senate

2.4         The Constitution also created the High Court of Australia, which is the final arbiter of the way the laws of Australia are applied and interpreted

2.5         The Australian Constitution can be changed by the people when they vote in a referendum

2.6         For the result to change the constitution a “double majority” must be achieved, i.e., not only must a majority of the nation’s voters agree on the change, there must be a majority in every state as well

3.1         Government power in Australia is split three ways, with a legislature (parliament), and executive (Prime Minister and cabinet), and the judiciary

3.2         The legislature (parliament ) is responsible for making and changing the law

3.3         The executive (PM, Ministers and Governor-General ) has responsibility for implementing the laws

3.4         The judiciary (judges) have responsibility for interpreting and applying the law

4.2         She is represented in Australia by the Governor-General

4.3         The Queen does not play any direct role in the everyday governance of Australia

4.4         Every state has a Governor who is the representative of the Queen in that state in the same way that the Governor-General is her representative for the whole of Australia

4.5         Australia’s status as a constitutional monarchy means that although the Queen is the Head of State, she is bound by the rules of the Constitution

4.6         Australia has a unique Parliamentary democracy system that combines the traditions of both Britain and North America

5.2         Governor-General, the Head of State’s representative in Australia

5.7         Member of Parliament (MP), people’s representative in the national Parliament and state parliaments

5.8         Senator, a state/territory representative in Parliament

6.1         Australian Parliament is divided into two houses, the House of Representatives and the Senate.

6.2         Australians vote for their representatives in both of these houses

6.3         The House of Representatives, comprises Members of Parliament (MPs)

6.5         The House of Representatives is responsible for introducing, debating, and voting on any proposals to introduce new laws or to change existing laws

6.6         The Senate is populated by Senators, who also represent particular states or territories

6.8         The Australian Capital Territory and Northern Territory have two senators each.

6.10    The Senate debates and votes on new laws or changes to existing ones

6.11    Each of Australia’s six states has its own government, with an individual parliament and constitution.

6.12    A state government leader is called the Premier

6.13    The head of a territory government is called the Chief Minister

6.14    In state, a Governor represents the Queen of Australia

6.15    States have the right to pass their own laws, whilst laws in the territories can be changed or abolished by the Australian government

7         What role do political parties play in the way Australia is governed?

7.2         Once a federal election has been held, the party that holds a majority of members in the House of Representatives usually becomes the Australian Government, and the party leader becomes Prime Minister

7.3         The party (or parties in a coalition) which has the second largest number of members becomes the Opposition and is led by the Leader of the Opposition

7.4         The PM will select MPs or Senators to serve as ministers in the new government

8.1         The Australian Parliament has the authority to change Australia’s laws or to introduce new ones

9.1         Courts are presided over by judges or magistrates, who have authority over court proceedings

9.2         The basis of Australia’s legal system is that a person is regarded as innocent until proved guilty in court

9.3         Anybody charged with an offence has a right to have a lawyer to represent them

10.1    Every new Australian citizen should familiarise themselves with Australia’s laws

10.2    Any form of violence inflicted on another person is illegal and treated very seriously by the law

10.3    Domestic or family violence is just as unacceptable in Australian law as violence against strangers

11.2    It is illegal to drive a car in Australia without having registered your vehicle and holding a local driving license

11.3    Seatbelts are compulsory for both drivers and passengers in Australia

11.4    It is against the law to drive if you have taken drugs or if your blood alcohol level is above the limit set by law 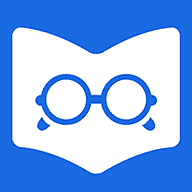 Install this CitizenshipAust App on your iPhone

and then Add to Home Screen