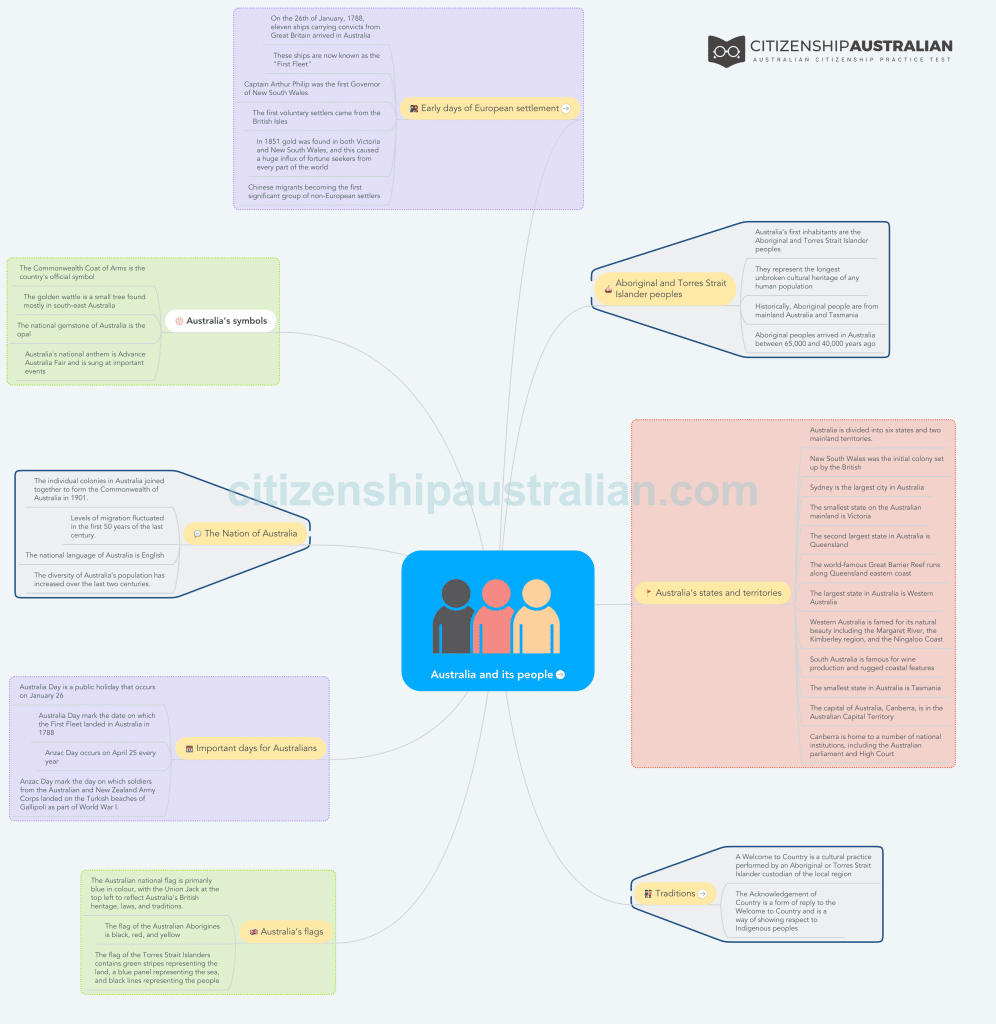 1.2         They represent the longest unbroken cultural heritage of any human population

1.3         Historically, Aboriginal people are from mainland Australia and Tasmania

2.4         The first voluntary settlers came from the British Isles

2.5         In 1851 gold was found in both Victoria and New South Wales, and this caused a huge influx of fortune seekers from every part of the world

3.1         The individual colonies in Australia joined together to form the Commonwealth of Australia in 1901.

3.4         The diversity of Australia’s population has increased over the last two centuries.

4.1         Australia is divided into six states and two mainland territories.

4.4         The smallest state on the Australian mainland is Victoria

4.8         Western Australia is famed for its natural beauty including the Margaret River, the Kimberley region, and the Ningaloo Coast

4.10    The smallest state in Australia is Tasmania

4.11    The capital of Australia, Canberra, is in the Australian Capital Territory

4.12    Canberra is home to a number of national institutions, including the Australian parliament and High Court

5.1         A Welcome to Country is a cultural practice performed by an Aboriginal or Torres Strait Islander custodian of the local region

5.2         The Acknowledgement of Country is a form of reply to the Welcome to Country and is a way of showing respect to Indigenous peoples

6.4         Anzac Day mark the day on which soldiers from the Australian and New Zealand Army Corps landed on the Turkish beaches of Gallipoli as part of World War I.

7.1         The Australian national flag is primarily blue in colour, with the Union Jack at the top left to reflect Australia’s British heritage, laws, and traditions.

8.1         The Commonwealth Coat of Arms is the country’s official symbol

8.2         The golden wattle is a small tree found mostly in south-east Australia

8.4         Australia’s national anthem is Advance Australia Fair and is sung at important events